In October 2017, Hawaiian staff were invited to apply to join a trip to Kathmandu to visit the WEN Giving foundation partners. To qualify, staff had to each raise a minimum of $960 to help give sight to eight Nepalese. Three staff included in the tour, Belle, Dan and Terri from Hawaiian’s head office, collectively raised $6,200. These funds were handed over to Dr Reeta Gurung, Chief Executive Officer of Tilganga Institute of Ophthalmology on March 6th by the team and Dr Gurung committed to using the funds on an upcoming eye camp, and they were most certainly put to good use.

From the 23rd to 24th May, the Tilganga team, headed by Dr Sanduk Ruit, travelled to Dolakha, a town that is seven hours away from the capital, Kathmandu, to run an eye camp. Dolakha was chosen for the eye camp because it was the epicentre for the second major earthquake that took place in 12 May, 2015, leaving many families gravely impacted.

The Tilganga team included others that have benefited from WEN Giving scholarship funding initiatives. Dr Shyam Vyas, now a fully trained Ophthalmologist, operated alongside Dr Ruit during the camp.

Other trainee specialists operating during the camp came from Tajikistan and Ethiopia, who were in the midst of their training program at Tilganga. Volunteers are also important in such camps and this particular program included local school children aged between 12 and 15 years, recording patient information and assisting in moving patients through the process.

The funds raised by the Hawaiian team covered the costs of all the 148 cataract surgeries performed on 135 patients. The oldest patient was 89 and the youngest patient was 16, with patients coming from as far as four hours ride away from the camp site.

Thank you, not only to those lucky enough to attend the March Nepal trip, but to everyone that supported their fundraising efforts. Returning sight to one person significantly improves the lives of the family and the community living around them. 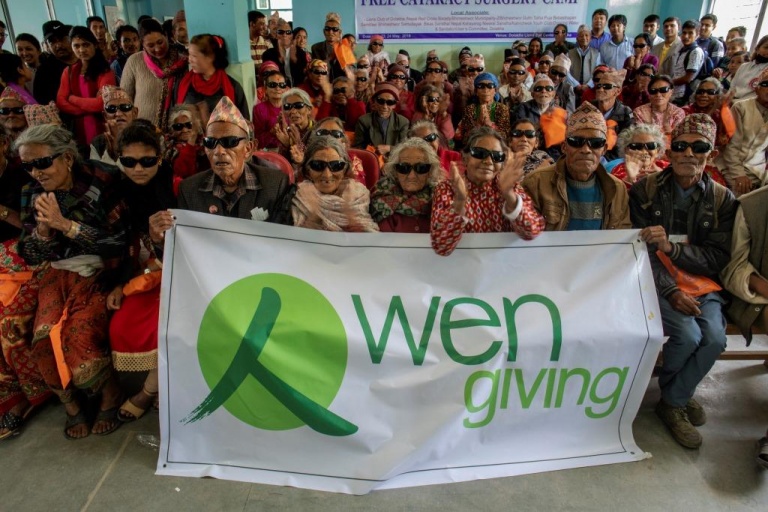